Many of you will be aware that over 55 years ago the station at Truthall Halt was closed and demolished.  It has always been our aim to reinstate this station which is at the most southerly end of the line we currently use.  And after considerable effort we have done so and there now exists a faithful reproduction of this station which looks remarkably similar to the original.  We took a great deal of care to use similar techniques to rebuild it and original designs to create a GWR Pagoda waiting room. 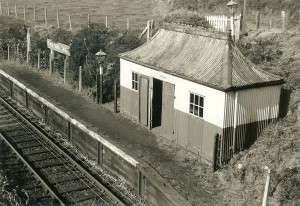 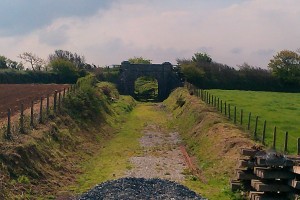 When the railway was first opened in 1887 the local community had hoped that they would be able to persuade the Prince of Wales to officiate at the opening, this was not to be.  So when we were looking at how to celebrate our opening of part of the original line we equally wished for a Royal presence and so were delighted when HRH Duke of Gloucester KG, GCVO agreed to our request. 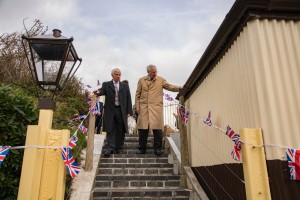 Another part of history that we wished to honour was the role of the Helston Town Band. In 1887 they were present at the opening of the railway providing a welcome musical accompaniment to the day.  When the first train arrived at Helston Station they played ‘See the Conquering Hero Comes’  and we thought that would be a nice touch. 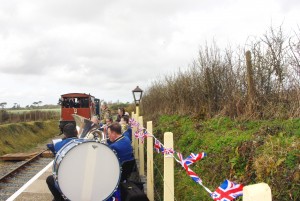 So the day came and on Thursday 5th April 2018 we were ready for our opening ceremony.  Given the small size of Truthall Halt it was to be private ceremony with HRH meeting key volunteers, funders, supporters and local dignitaries at Truthall Halt and he would then go by train to Prospidnick Halt to meet the other volunteers who keep our railway running and growing. 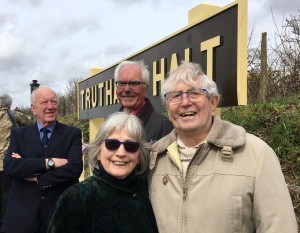 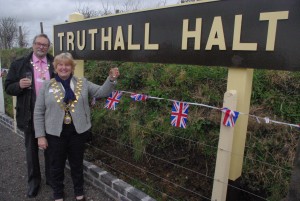 His Royal Highness, accompanied by the Lord Lieutenant and Mrs. Bolitho, was received at Truthall Halt by Mr. Philip Martin, the Chairman of Sithney Parish Council.  He was then introduced to Chris Heaps, the chairman of the Helston Railway Preservation Society charity, and to James Packman, the chairman of the Helston Railway Preservation Co. Ltd which actually operates the trains on the one mile-long preserved railway. 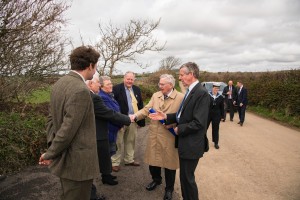 Thanking the His Royal Highness for agreeing to officiate at this important milestone in the restoration of the Helston Branch line, Chris Heaps reminded invited guests of the history leading to the re-opening. 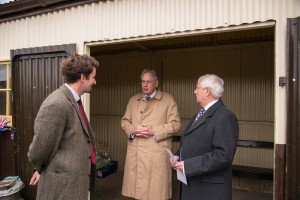 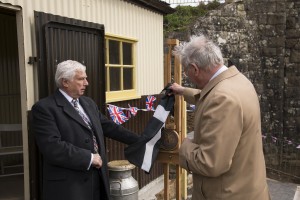 “Fifty years after the opening of the Liverpool & Manchester Railway in 1830, the inhabitants of Helston were frustrated that their ancient borough was still not connected with the national railway network. There had a been a number of abortive attempts to build a line, but it was not until 1880 that The Helston Railway Act received Royal Assent.  Supported and funded by local residents, the first sod was cut in 1882, and the line eventually opened in May 1887.

Sixty five years later, in November 1962, the last passenger train left Helston for Gwinear Road, and two years later the residual goods service was withdrawn.  The track was ripped up, the track-bed reverted to nature and the stations, including Truthall Halt, were demolished.

At the beginning of the 21st Century, a few railway enthusiasts contemplated the possibility of re-opening part of the line as a tourist attraction, and by 2007 volunteers had laid the first section of track at the site of a completely new station later to be built at Trevarno. Since then, over a mile of track has been laid and trains now operate between another new station at Prospidnick  and Truthall Halt. None of this could have happened without the extraordinary contribution of the volunteers and the generosity of donors, to whom I can today publicly give thanks.

The achievements of the members of the Helston Railway Preservation Society were acknowledged when it received the National Railway Heritage Ian Allan Heritage Railway of the Year Award in 2010.

The halt is a faithful reproduction of the original Great Western Railway pagoda and platform and has been constructed entirely with voluntary labour, and is now the most southerly passenger  station in Great Britain. 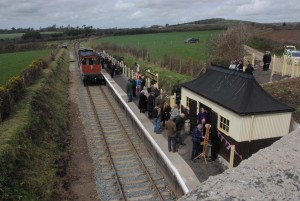 It is rumoured that the inhabitants of Helston were so proud of their new railway that they hoped that it would be opened by HRH The Prince of Wales.  In that, they were disappointed, but we are so pleased that – over 130 years later – the line has received Royal recognition.”

After responding, and unveiling a plaque to commemorate his visit, His Royal Highness was introduced by Chris Heaps to local dignitaries, including the Mayor of Helston, donors, trustees of the charity, directors of the operating company and members of Helston Town Band.  One of the tunes played by the Band was Handel’s  “See the Conquering Hero Comes”, which had greeted the arrival of the first train into Helston station in 1887. 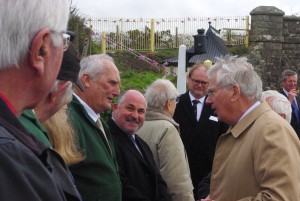 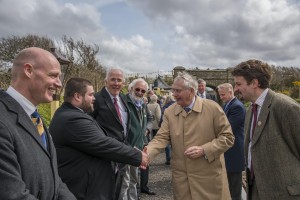 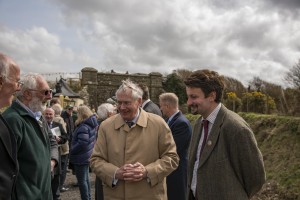 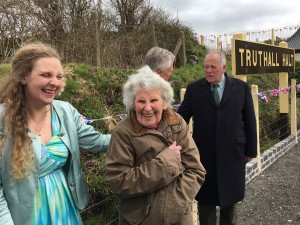 After being introduced to the train crew, His Royal Highness then rode in the cab of the locomotive hauling his train to Prospidnick Halt, where James Packman introduced him to many of the volunteers who had contributed to the success of the re-opening of the line. 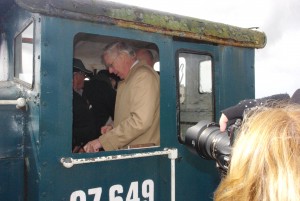 We are very grateful to everyone who helped make this day possible, those who funded and encouraged us, the volunteers who built the station from scratch and those who come along to visit us and provide us with much needed funds.  It was worth waiting 55 years to see it! 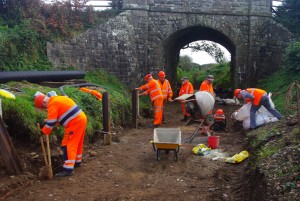 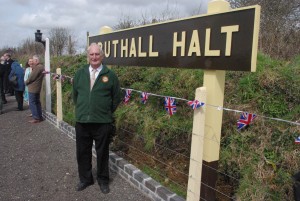