Our apologies for the silence over the last few months – its not that we haven’t been very busy, we have – so we will now try and bring you up to date with what we have been doing.  As this is going to be a catch up exercise its probably best if we do it by themes.  So this one will be about Truthall Halt – hope you enjoy it.

Truthall Halt was opened to the public in July 1905 and was a classic GWR small station with a corrugated iron pagoda as a waiting room, a two coach long platform, and with oil lamps and a running in board.  It was constructed to satisfy the local villages including Sithney, Tregadjack, Prospidnick and Chynhale  who wanted access to the railway line that ran through or past their parishes.  It was closed in November 1962 when passenger services were withdrawn.  After 1964 when freight traffic also stopped the station was demolished and the pagoda reportedly became a local person’s pig house or sty.

It is the only original station site that we can rebuild in its original form – so from the outset it has been our ambition to reinstate as closely as possible to the original plan. 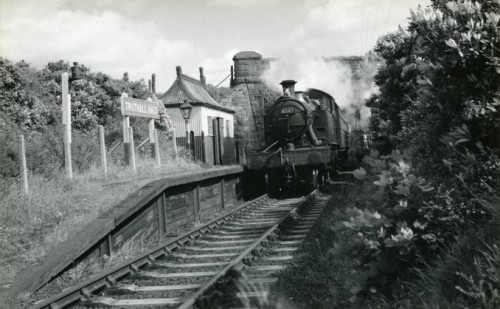 This is the original station 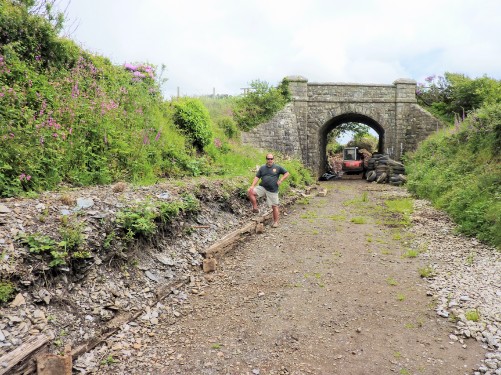 These are the remains of the station before we started construction.

The first thing we had to do was to sort out the drainage which over 50 years had deteriorated such that when we had heavy rain the platform site resembled a small lake.  Diggers and big pipes sorted that out and the way was clear to begin construction.  We had already found the Barlow rail footings of the original platform so we knew where we needed to begin construction.  We also knew that the original platform was built using sleepers burtressed by lengths of the said Barlow rail.

Platform uprights installed and track begins to be laid.

The sleepers were then inserted to form the front of the platform.  Part of the original platform was still in existence and that formed the bulk of the infill – but more was needed to give the structure its shape and strength. 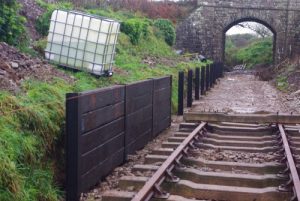 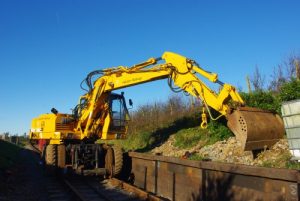 On the 16th March we open for the season and the first passenger train in 54 years calls at the station.  We have prepared the northerly end of the platform so it can be used by trains stopping with passengers and even although the surface is still unfinished its a great feeling to be able to use the platform again.

Lamp standards begin to be installed, a GWR sign is resurrected and the platform continues to be worked on at the southerly end. 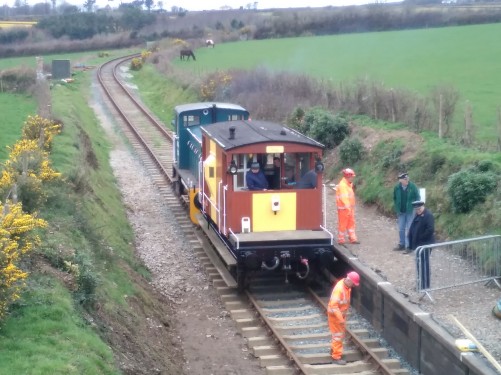 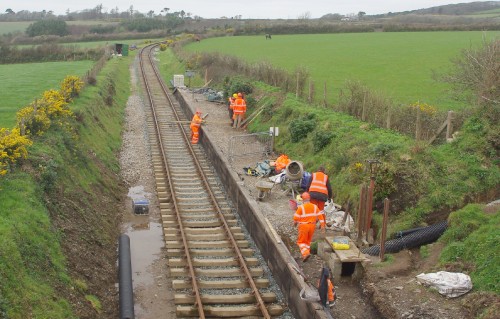 Platform edging slabs and fence posts begin to be installed, the ramp at the northerly end is taking shape and the train crew begin to regularly supply the Truthall Construction team with tea from the buffet at Prospidnick. 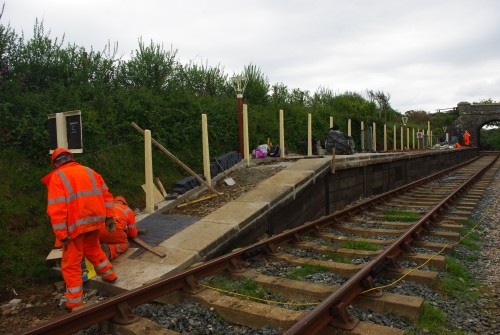 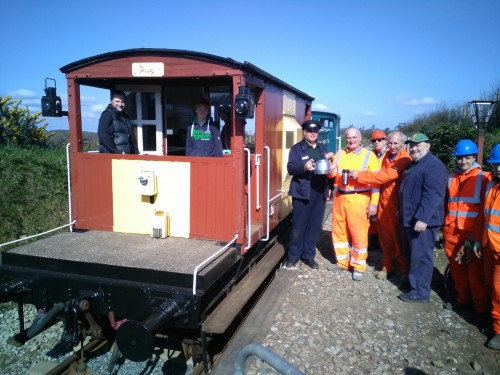 Edging the platform continues, the northerly ramp gets its infill bricks, lots of painting of fence posts, our first buffer stops are installed just before Truthall Bridge (our current southerly end) and a running in board makes an appearance. 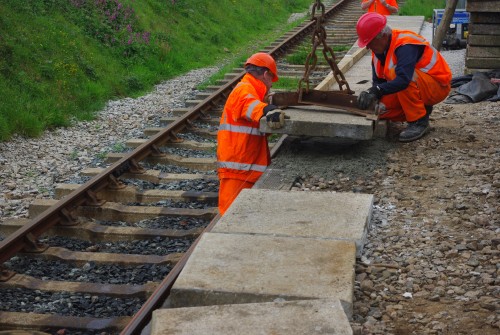 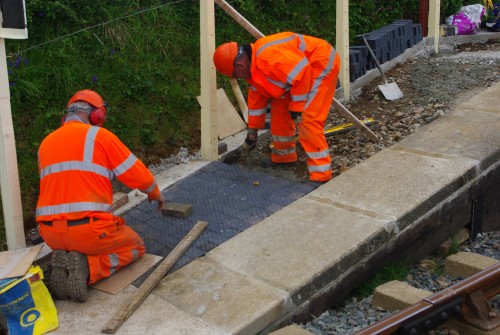 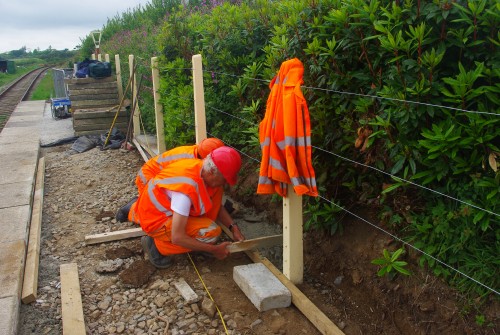 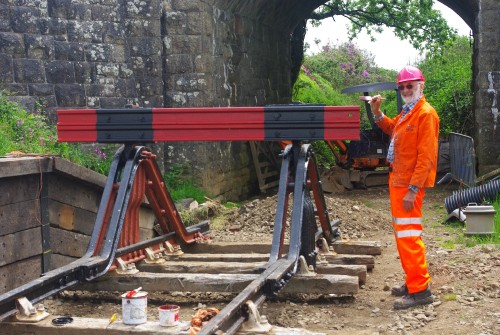 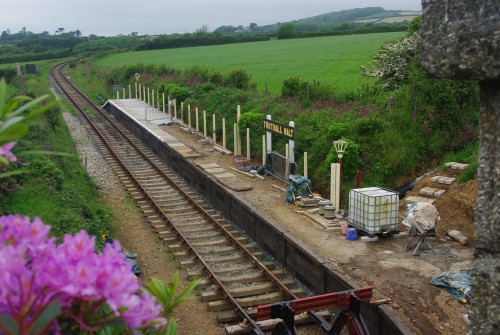 The northerly end of the platform is finished, trains continue to call bringing visitors to stand on the platform and ask the team questions about it.  Work on the southerly end continues, track is still being fettled and we begin the excavation at the southerly (Truthall Bridge) end for the foundations for the pagoda. 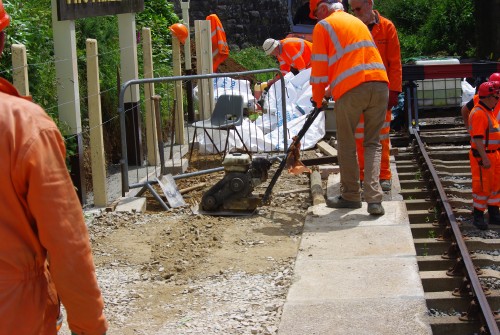 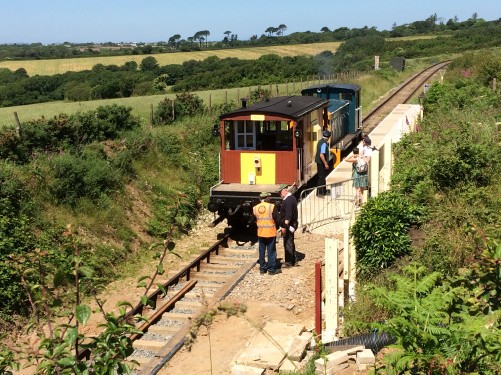 Mostly concentrating on preparing the pagoda foundations and retaining wall.  Which in turn allows us to sort out the footpath and steps down from the road to the platform alongside the pagoda. 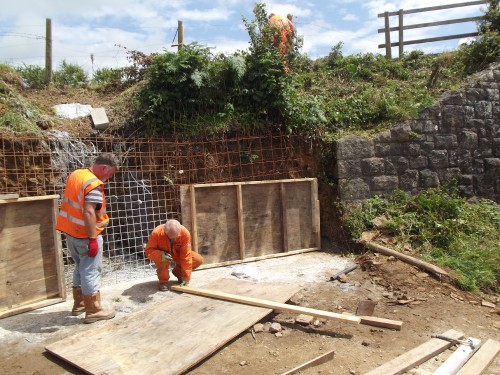 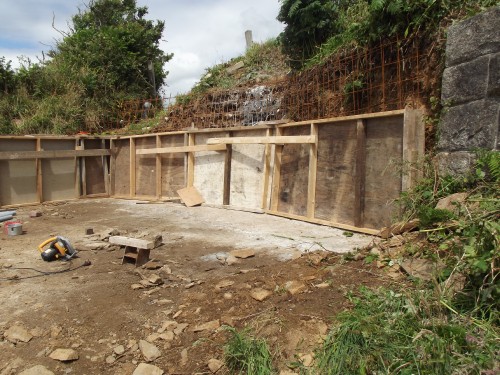 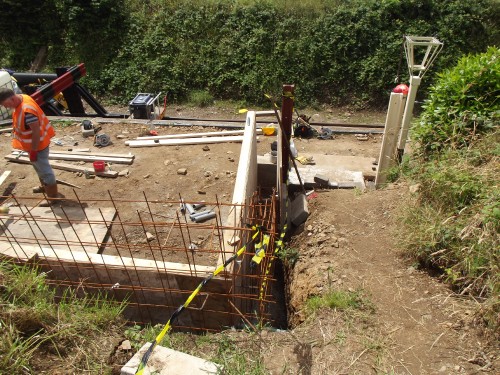 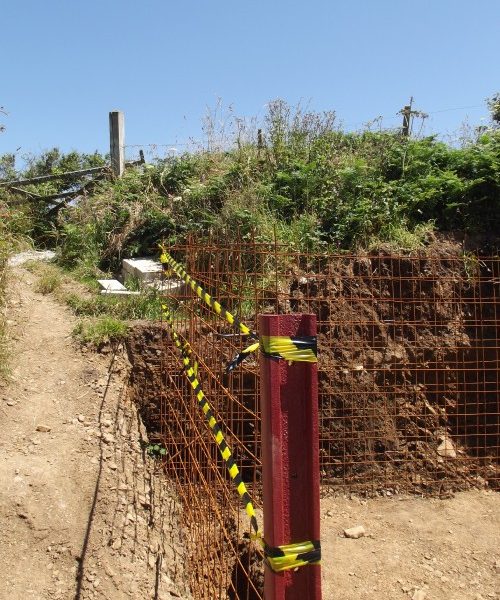 And to bring you up to date – finishing off the edging slabs at the southerly end of the platform and the pagoda site is almost ready to have her installed.  She is currently at Trevarno Farm waiting for the move which is hoped to be in September. 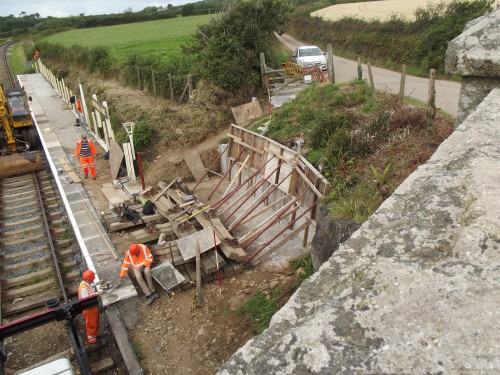 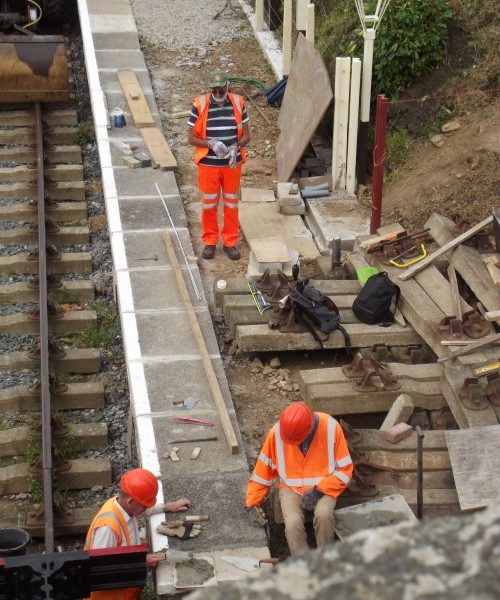 Thomas
https://www.helstonrailway.co.uk
Thomas manages a web and design studio in Exeter, but is responsible for the build and upkeep of the Helston Railway website. He also takes care of the design and print of the regular Helston Railway Newsletter you may have through your door a few times a year. He started off volunteering at the Helston Railway from the age of 14 mainly clearing vegetation and general maintenance from the original base at Trevarno.
Previous Post Springtime at the railway… Next Post Christmas is creeping up on us!